I am very excited to have Rhemalda author, Walter Rhein, for an interview. Walter’s fantasy novel, “The Bone Sword,” will be released on November 1st of this year. You can preorder it now at Rhemalda.com. If you order it before its release, Rhemalda will send you a ceramic tile with the book’s cover and a print of his autograph on the front. I’ve ordered mine. So without further adieu (I’ve always wanted to say that) help me welcome Walter Rhein. 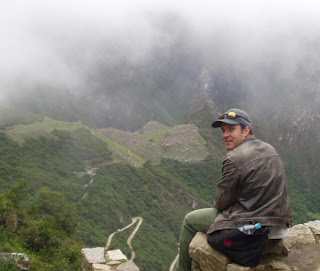 1.) First and most important, how is Princess Sofia and how is being a new dad?

Thanks for asking! She's doing excellent. She's a world champion eater and she's gaining a lot of weight. When she was first born, I was really nervous handling her even though she was a healthy 7 lbs 10 oz. Now, however, she's a lot bigger and stronger. She's lifting her head up really well (6 weeks old now).

For all of you out there thinking of becoming parents, I just have to tell you to do it! Everything everybody tells you about the experience is wrong. Sure you lose sleep, sure it gives you a different perspective on life, but the most important thing is just having your little baby in the house. There's really no point in describing the sensation because you can't. All I can say is that it's magnificent!

“The Bone Sword” is a fantasy adventure story that I wrote with the intention of simply producing something fast paced and entertaining. The story centers on a young woman who has manifested the power to heal with a touch. But instead of regarding this power as a miracle, the local authorities label her as a witch. She's about to be burned at the stake when a rogue mercenary steps in to designate himself as her protector.

Being sort of an iconoclast, I've always liked stories about the “fringe” people who were fighting against a flawed society. I think it's a relatively new thing to bring that sort of conflict to a fantasy novel. Most of the time, good and bad are pretty clearly designated in fantasy (you've got the guys in white hats and the guys in black hats). However, I prefer a bit more ambiguity, after all, good people do bad things all the time, and then they spend the rest of their lives tormented by guilt and trying to make up for it.

I think “The Bone Sword” will be a fun and entertaining read for anyone who picks it up! 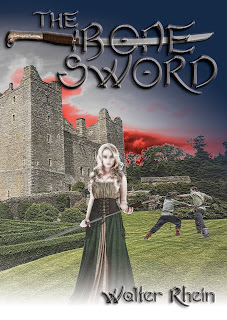 3.)How long does it take you to write a manuscript from beginning to when you are ready to submit the work to publishers?

Bits and pieces of “The Bone Sword” have been floating around on my hard drive for about a decade. Sometimes you have good ideas for a scene or a particular conflict, but the trick comes in how to fit that scene into the wider perspective of an entire novel. As a writer, I think you spend about half of your time writing and half of your time solving problems. Sometimes you have to shave off segments of a passage so that it fits into your book. But you have to be careful because if you shave off too much, the passage then becomes meaningless.

I suppose the majority of writing “The Bone Sword” came in about two four month periods that were themselves separated by a couple years. But even after you write a book and submit it to a publisher, you can guarantee another three or four months of rewrites.

4.) What have you had previously published and what is your background in writing?

I have another fantasy novel with epress-online titled “Dominvs” that you can pick up here: http://www.lulu.com/product/ebook/dominvs/10979998

“Dominvs” is a bit more of the traditional, large scope fantasy adventure. I enjoyed working with epress-online, but they're a little bit slow. That novel was accepted for publication in 2007, and there still isn't a print version available. Still, I'm very grateful to the work the editors did on “Dominvs,” it was a very extensive process and I learned a lot.

Besides that, I've got a degree in English literature and I've been working as a freelance writer for more than ten years. I've edited all manner of print and electronic magazines. Word to the wise, it's a lot easier to get your writing placed when you're the editor!

5.) Tell me what you feel is the most frustrating aspect of being an author.

There's one particular episode that I instantly thought of that really frustrated me. I'd sent a travel manuscript about my time in Peru off to a publisher. Now, I've been peddling this manuscript for quite a while now and I know it's pretty good. There have been two occasions where publishers have talked and talked and talked with me about taking it, only to conclude at the very end that the book just wasn't quite right for their catalog. As a writer you get used to rejection slips, but when publishers are engaged in a dialogue with you...even to the point where they call you on the phone...and then they eventually reject your manuscript, that hurts.

So I sent this manuscript off to a publisher and they sent it back saying that 3 of their 4 reviewers wanted to publish it, but the last one had some objections and they weren't able to take it without a unanimous decision. Well, that would have been fine in itself, but then they sent me the objections of the 4th reviewer, and that's where I got angry.

The book starts out on a beach in Seattle, and the reviewer wrote, “there are no beaches in Seattle, obviously this writer hasn't done his research!” But the thing is, the book is a true story! I can take you to Seattle and show you the beach that I was on!

Talk about annoying. It was bad enough to get rejected, but then throw on top of that the fact that the person was snitty about something in my manuscript that was 100% accurate...and it...well, let's just say it was extremely frustrating.

6.) What are you working on right now? Will there be a sequel to The Bone Sword?

I've just finished up a sort of travel memoir about Cross-country skiing that I think people will find interesting. It's part memoir, part travel writing, part comedy with a little sprinkling of nostalgia thrown in. Cross-country skiing is such a niche sport that it might be tough to place this book simply because there aren't that many people who cross-country ski. Then again, skiing is kind of a unique and elegant sport, so that might garner some curiosity. I'm really proud of this manuscript, I think people are really going to enjoy it.

And yes, there is a sequel to “The Bone Sword” in the works. I'm thinking I'm going to have a couple of my characters have to compete in some gladiatorial matches, but I'm not quite sure how they're going to end up there yet. I guess I'll find out as I'm writing!


7.) Tell me one interesting little nugget about The Bone Sword that you haven’t spoken publicly about yet.

Oddly, I guess I haven't told people why it's called “The Bone Sword” yet. You might get the impression that the whole sword is made of bone, but that's not the case. The blade is steel, but the name comes from the handle which can clearly be identified as bone even from a distance. There is more than one bone sword as well since they're the designated weapon of an elite fighting force called the Camden guard.

Armed with this information, the next question people are prone to wonder is what kind of animal the bone of the sword's handle comes from? The conclusion that most eventually reach is that it's not made from an animal but is, instead, a human femur bone.

8.) How has your experience with Rhemalda been throughout this process?

Excellent! Rhemalda keeps open multiple lines of communication and guides you through everything step by step with a keen desire for your input. As a writer, you're looking for a publisher that spends a lot of time on the cover, editing, and doing the necessary promotion. Rhemalda has been great with all three. I've also been impressed with how quickly and efficiently the process flows along with Rhemalda from the moment they accept your work to the moment it becomes commercially available. They're a great new publisher and I see nothing but a positive future for them!

9.) Tell us where we can read more of your writing. (Blogs, websites, ect.)

My most popular blog is called “Streets of Lima.” It's an ongoing chronicle about Peru and the adventures I've had there in the past as well as how living in Peru changed my perspective on life. You can get to “Streets of Lima” by clicking here (http://streetsofperu.blogspot.com/). That blog is a page rank 4, so it's actually popular enough to get me some advertising dollars.

I also write about science fiction and fantasy on “Swordreaver” (http://walterrhein.blogspot.com/). I haven't spent the necessary time promoting “Swordreaver” to generate as much traffic as I would like, but bit by bit it's growing. With “Swordreaver” I do a lot of interviews, and I've also been recruiting other writers to contribute to the page and use it as a showcase for their work.

“Swordreaver” is also affiliated with my Facebook group “Heroic Fantasy” which currently has over 2000 members. “Heroic Fantasy” is another great way to promote your work to an ever growing audience. You can join by clicking here (http://www.facebook.com/group.php?gid=108822105819999&ref=ts)!

10.) Besides buying your book (mine is on order), what else would you like to say to my blog followers?

First I'd just like to thank everyone for taking the time to read this interview! For those of you who are writers, don't hesitate to contact me with questions, comments, or story submissions. My email is walterrhein@gmail.com, and believe me I know that above all, writers need to stick together and help each other out! Thanks for helping me out Douglas!

Thanks for the great interview, Walter. I look forward to reading “The Bone Sword.”


*On a side note, please join me on October 20th as I will have an exclusive interview with author J.S. Chancellor.
Posted by Epertase at 4:00 PM 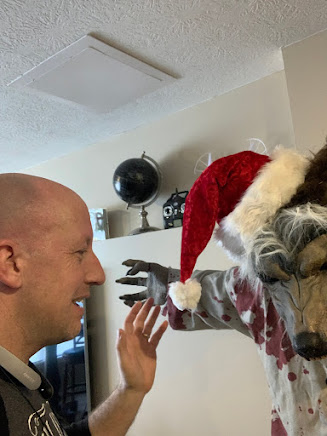 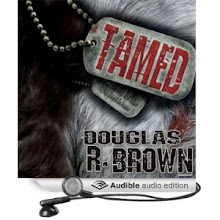